A recent survey by Gartner, Inc. found that 75% of organisations are pursuing security vendor consolidation in 2022, up from 29% in 2020.

“Security and risk management leaders are increasingly dissatisfied with the operational inefficiencies and the lack of integration of a heterogenous security stack,” said John Watts, VP Analyst at Gartner. “As a result, they are consolidating the number of security vendors they use.”

The survey found that 57% of organisations are working with fewer than 10 vendors for their security needs, as they are looking to optimise to fewer vendors in key areas like secure access service edge (SASE) and extended detection and response (XDR).

The survey was conducted online during March and April 2022 among 418 respondents from North America, Asia Pacific and EMEA. Its objective was to determine organisations’ security vendor consolidation efforts and priorities, and the drivers and benefits of consolidation endeavours.

Gartner analysts are discussing how organisations can shape their security vendor strategy and projects during the Gartner Security & Risk Management Summit, taking place in London through Wednesday.

Improving Risk Posture Is the No. 1 Benefit of Consolidation

The survey found that organisations want to consolidate their security vendors to reduce complexity and improve risk posture, not to save on budget or to improve procurement. Sixty-five per cent of surveyed organisations expect to improve their overall risk posture, and only 29% of respondents expect reduced spending on licensing.

“Cost optimisation should not be the primary driver for vendor consolidation,” said Watts. “Organisations that look to optimize costs must reduce products, licenses and features, or ultimately renegotiate contracts.”

Organisations that have not pursued security vendor consolidation yet indicated that the two primary impediments to consolidation were time constraints and having a vendor partnership that is too rigid (34% of respondents for each answer).

SASE and XDR Are Opportunities for Consolidation

Lengthy procurement processes or requests for proposals are allowing for consolidated offerings, such as XDR for endpoints and SASE for edge connectivity and security with integration on the backend.

“Security and risk management leaders must consider XDR and SASE as compelling options to start their consolidation journey,” said Dionisio Zumerle, VP Analyst at Gartner. “SASE provides secure enterprise access, while XDR focuses on detecting and responding to threats through increased visibility on networks, cloud, endpoints and other components.”

In fact, the survey found that 57% of organisations resolved security threats faster after implementing an XDR strategy. More than half of surveyed organisations use SASE projects to simplify network and security policy management and improve security posture.

“Security and IT leaders should plan at least two years for consolidation as it takes time to effectively consolidate and consider incumbent vendor switching costs,” said Watts. “It is also important to anticipate vendor M&A disruption as the security market is always consolidating but never consolidated.”

Learn how to be an effective chief security officer in the complimentary Gartner ebook Four Factors of Effective CISO Leadership. 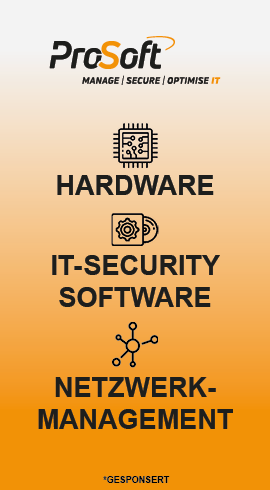